It’s my pleasure to welcome Andrez Bergen back to the blog.  September sees the release of Andrez’s next novel, Who Is Killing the Great Capes of Heropa, a typically inventive and playful take on the golden age of American comics, as seen through a noir lense.  If you’ve read any of his previous work you’ll know what a magpie eye Andrez has, with influences ranging from Soviet propaganda to Dashiell Hammett to Charles Dickens; today he’s sharing one of the points of inspiration for his latest…

THE BLACK FURY: A WOMAN IN TIGHTS; NO CAPE

One of the more meaningful characters in my next novel Who is Killing the Great Capes of Heropa? (to be published in September) is actually an inanimate one.

We’re talking up a doll—which probably augers poorly for the book in question and isn’t the best advertisement for what I’m supposed to be hawking here.

Disclaimers aside, this doll is the childhood plaything of central character Louise Starkwell, a bank clerk at the Warbucks & Erewhon Union Trust Bank, and it has a name: Tarpé Mills.

A reason for the meaningful nature of this pre-plastic thing made from glue mixed with sawdust is in nicking its moniker from another Tarpé Mills—the flesh-and-blood woman, real name June Mills, who created comic book daredevil Miss Fury way back in April 1941.

Initially called Black Fury (a title promptly changed), Miss Fury always was the kind of label that’d snag the noir/femme fatale-inclined side of me, yet until last year I’d never heard of the character.

This being a confession (of sorts) brings me full circle to the point where, having discovered her, I’m now paying the respect you’ll discover here.

In a book heavily influenced by the lads’ locker room that was New York’s Marvel (Comics) Bullpen in the 1960s, as well as the California-baked hardboiled fiction of Dashiell Hammett and Raymond Chandler (also men’s men) from the 1930s on, when I started doing research into the basic premise for this story I figured it essential to shoehorn in the leverage of a woman of some repute, if only to get a much-needed sense of balance. 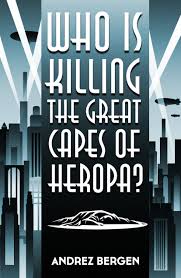 After all, I’d grown up with tough, self-reliant women including my mother, Sigourney Weaver in Alien, Mary Astor in The Maltese Falcon, British TV show The Avengers’ Emma Peel, Buffy, Xena, even Lady Penelope Creighton-Ward in Thunderbirds. The “fair-sex” fragility inherent in a lot of American comic books leading up to the 1970s was something preferable to ignore.

Yet I wasn’t expecting to discover what I subsequently did.

Turns out, Miss Fury was the first female action hero created by a woman, beating Wonder Woman into print by over six months. 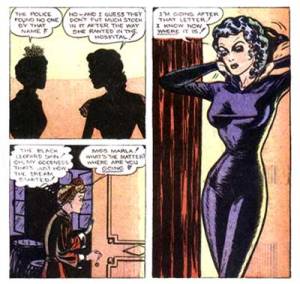 Her often risqué newspaper strips ended up being published over the next decade, with Timely (Marvel’s predecessor during the so-called Golden Age of Comics) reprinting the strips in comic book form from 1942-46. 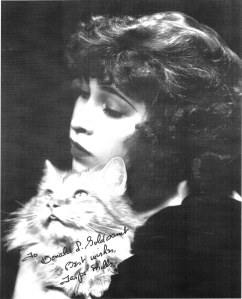 When Selina Kyle became “the Cat” opposite Batman in 1940, her first swing at a costume was a furry, purple cat mask with an outfit straight out of a Buck Rogers movie-house romp. It wasn’t till ‘47 that Selina seriously called herself “Catwoman” and threw on more appropriate livery (the infamous purple dress and green cape). Still later, Catwoman’s apparel bore more than a passing resemblance to Fury‘s, right down to the figure-hugging catsuit, pointy ears and claws.

Chief among the imported problems (courtesy of the always dastardly Third Reich) was Baroness Erica von Kampf, a platinum-blonde counterpoint to our brunette heroine, who fills out the role of Miss Fury’s major nemesis.

Incidentally, von Kampf had her own influence on another character in Who is Killing the Great Capes of Heropa?—the throwaway ‘Nazi’ villain, Baron von Gatz.

Von Gatz is equal parts Red Skull (as perfected by Jack Kirby and Stan Lee at Marvel in 1968) and the Prince Valiant bewigged bad-boy opera singer Rodolfo Lassparri from Marx Brothers film A Night at the Opera (1935). He got his label courtesy of another, lesser Golden Age comic book character by the same name that fought Captain Midnight over at Fawcett Publications in the ’40s.

Anyway, in my novel the doll Tarpé Mills fulfils a point made about what, precisely, constitutes life; she’s the memory someone shouldn’t have—and in a diabolical scene the toy’s eyes are gouged out in a “see no evil” moment. I’ll admit there is a minor degree of symbolism here, in that the real Tarpé Mills retired from the comic book industry in 1952—right before the publication of Fredric Wertham’s hysterical, anti-comic book tome, Seduction of the Innocent.

Miss Fury would doubtless have been one of the targets of Wertham’s criticisms and the de facto censorship thereafter by the Comics Code Authority.

In a book rife with sometimes overly sly comic book references and name-dropping most people will never get anyway (and probably won’t care to try), the Tarpé Mills homage ended up being one of those that meant most to me, and through writing Who is Killing the Great Capes of Heropa?—a novel originally inspired by the exploits of fantastic men wearing snug union suits and cowls—I discovered a character of the opposite sex I now cherish.

The female gender in Marvel comic books in the ’60s indulged in much swooning, the odd faint, and rapture over fashion accessories or handsome men. I’m looking at you, Sue Storm (Invisible Girl), Jean Grey (Marvel Girl) and especially Janet van Dyne (the Wasp).

While Miss Fury had her fair share of these ailments twenty years before—you’ve got to read the yarns in context of the times—she possessed the rough-and-tumble aesthetic down pat beyond her alter ego’s glam lifestyle.

Drake also proved women could stand up to the best of the crooks,man or woman, when most of her female peers—even two decades later—were beholden to rescue by the men-in-tights running their four-colour show.

Heck, Miss Fury’s escapades earned her the honour of being painted across the fuselage of three or four World War II era B-29 bombers.

There is something irresistible about ‘what if’ historical thrillers, and World War Two has provided fertile ground for the likes of Robert Harris and, more recently CJ Sansom with the excellent Dominion.  If you enjoyed either of these books then Simon Urban’s debut Plan D, set in a modern day East Germany where the Berlin Wall never fell, will be a must.

An elderly man is found hanging from a major East German-Russian pipeline in a secure sector.  Suicide is swiftly ruled out by the presence of the eights knots around his neck and the shoelaces tied together; these are the hallmarks of a Stasi execution, one reserved for the worst kind of traitors.  But the Stasi was overhauled years earlier and such behaviour is no longer in their make-up.  Officially at least.  Inspector Martin Wegener knows he isn’t really expected to find the killer.  In the People’s Police Force crimes are rarely solved, only passed up the chain until they disappear into an anonymous filing cabinet, and this one seems more politically sensitive than usual, bound for bureaucratic snarl-up.

As it turns out the case is actually too politicised for a quiet cover-up.  A major gas deal is in the offing, one with wide reaching ramifications for the GDR and her position within Europe and they must be seen to be making every effort, prove that the dark days are behind them.  The drafting in of suave, West German detective Richard Brendel, only highlights the potential diplomatic tensions around the case, and it is a predictably bumpy ride for Weneger, who can’t help but measure himself against the man.  It doesn’t help that he has the voice of his ex – read dead – partner Fruchtl offering frequent commentary on life, politics and women.  Mostly Wegener’s ex – read moved on to better things – girlfriend Karolina, whose high flying and possibly rather sleazy job at the Energy Ministry throws some complications into the case, personally and professionally.

The initial murder is only a small part of Plan D.  It is, of course, well handled, satisfying the needs of the genre but, being an alternative history thriller, the real pleasure for the reader comes from Urban’s flawless construction of an East Berlin which never existed, with all of its social intricacies and political machinations,  grinding Communist-era economical constraints slamming against external pressures.  Urban has created a densely realised world, hugely atmospheric, grim and grinding, a city dominated by crumbling relics, but with hidden oases of decadence for the wealthy few.  Wegener is the city personified, crumbling himself but persisting as people with more power conspire around him, laying one betrayal over another.  He isn’t instantly attractive, he’s far too noirish for that, but he’s an intriguingly flawed protagonist, one you’re more than happy to sped five hundred pages with.

Plan D is a highly accomplished debut, ambitious, complex and written with great flair.  If you’re looking for a summer read which will suck you in and hold fast, this the one.

City of Blood by MD Villiers

City of Blood by MD Villiers South African crime fiction has enjoyed a long-overdue boost of late, with Roger Smith and Lauren Beukes’ eye catching, but very different novels, throwing the spotlight on the country. The region has huge potential for crime writers, grinding poverty sitting next to pockets of carefully protected wealth, with corruption rife and violence commonplace. Out of this seething melting pot debut author MD Villiers, a former Johannesburg native, has crafted a dark, complex and often moving novel.

City of Blood opens with the seemingly motiveless stabbing of an elderly mango seller. The market crowd looks on unmoved, the Nigerian killer knows he doesn’t need to run, but nineteen year old orphan Siphiwe can’t bear to remain uninvolved. He goes to comfort the woman and that simple act of kindness kicks off a chain of events which puts him at the heart of a bitter and bloody turf war.

Gangster McCarthy Letswe has returned to Johannesburg after a forced exile and he wants his business back from the Nigerians who have muscled in during his absence. Their leader, the white suited chameleon Abuju, seems untouchable, surrounded by thugs, protected by corrupt police, but everyone has a weakness and Letswe is determined to find Abuju’s soft spot.

Siphiwe is an unwilling player in this web of intrigue; known to Letswe via a criminal cousin, being watched and threatened by the Nigerian who attacked the mango seller, and with the police pressurising him to speak up and help them catch the man. Siphiwe has his own demons too, guilt from the death of his brother when they were boys and a sense of responsibility towards the people at the shelter who took him in, but he’s smart, with instincts honed from living on the streets, and with so much at stake he will need every ounce of guile he has to survive.

City of Blood is part crime novel, part coming of age story, and MD Villiers blends the elements very successfully, making it seem inevitable, even natural, that a decent young man like Siphiwe would become entangled with the violent power struggles of gangsters. She writes with a clear, confident voice and the kind of forceful pacing which makes you whip through the pages. It is a striking debut from a writer who promises to become a major talent and I’m looking forward to what she produces next.